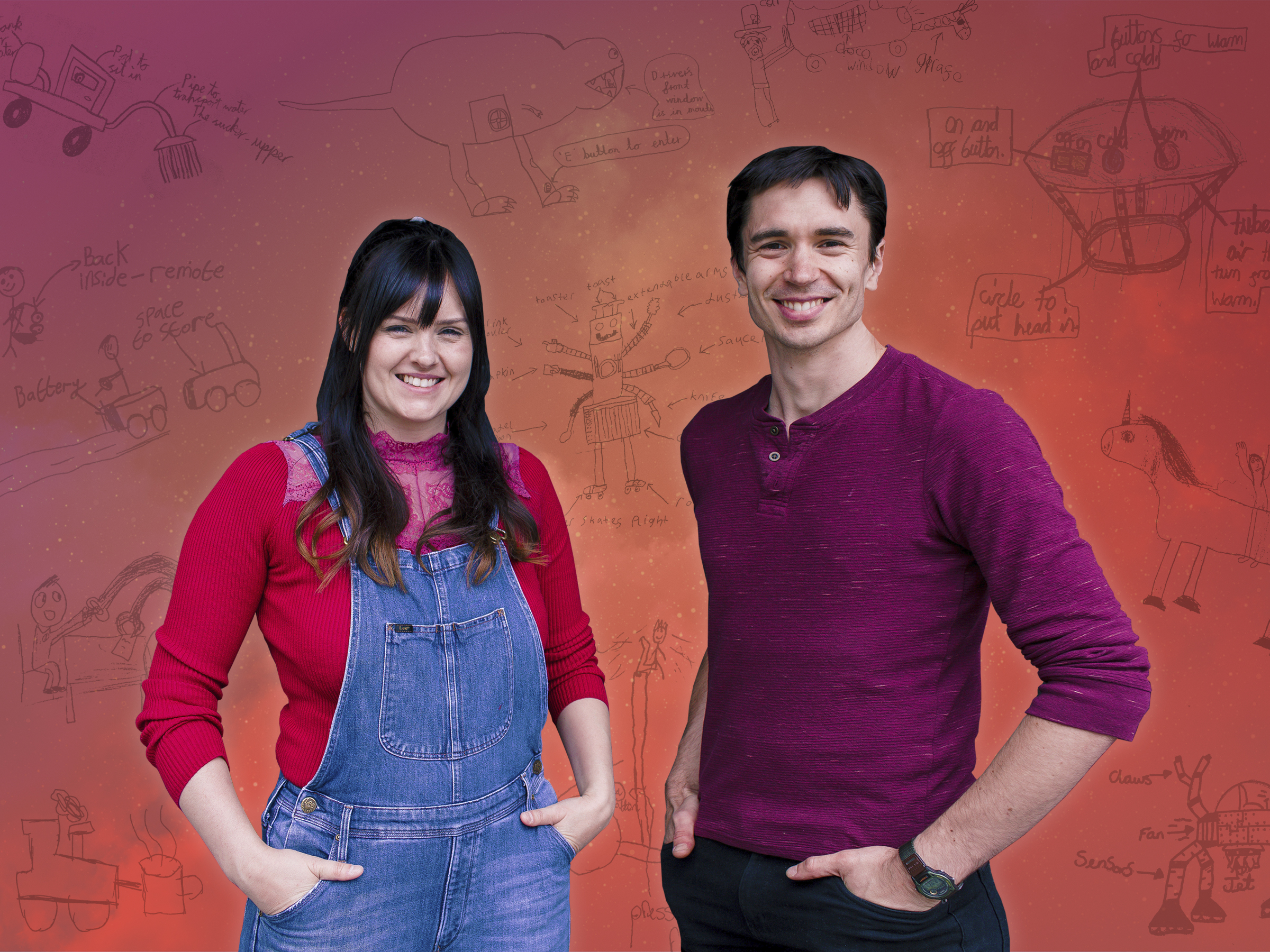 Founded and presented by myself and fellow engineer & inventor Ruth Amos, Kids Invent Stuff is the YouTube channel where 4-11 year olds have the chance to get their invention ideas built by real engineers. We do this to show that engineering is fun, creative and relates to every aspect of society.

Engineering institutions including the Royal Academy of Engineering and the Institution of Mechanical Engineers, as well as leading engineering companies, have all highlighted the importance of capturing children’s imagination and creativity at primary school, as a means to embed engineering thinking early in life. It has been suggested that young children’s natural curiosity and keenness to play and experiment make them ‘proto-engineers’, with primary school providing fertile territory in which to begin developing engineering literacy. The sparks lit at this age have the potential to last a lifetime, and this is the fundamental principle on which Kids Invent Stuff is grounded – we want to make engineering and technology inherently exciting for children of primary school age.

Every month we set a different themed invention challenge and invite kids to send us their ideas for crazy inventions, and then we pick one idea to built and tested on camera, with typically hilarious consequences!