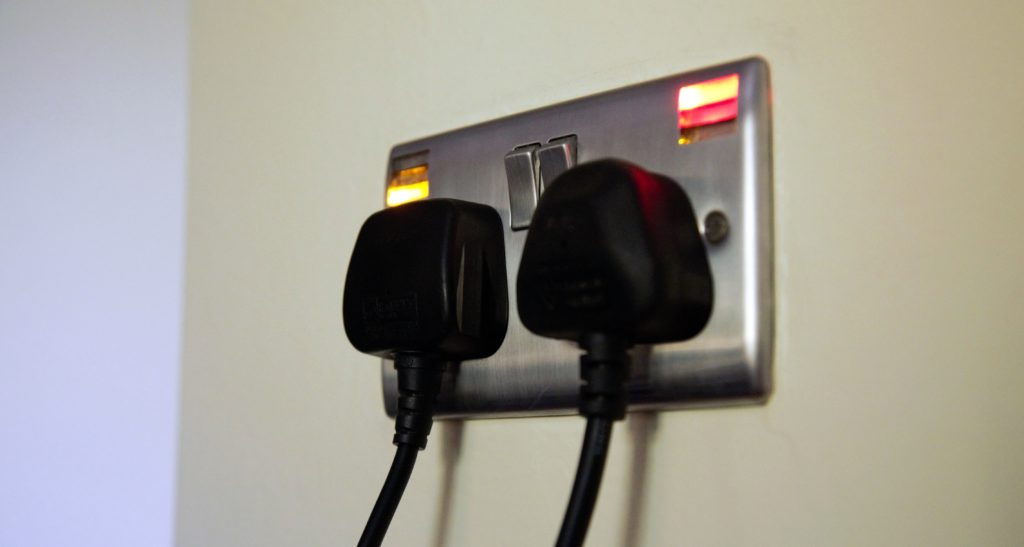 The Watt Socket is an energy visualisation product I designed to improve the awareness of domestic energy use. Based on a standard UK electrical socket, the device has LED indicators for each electrical outlet which allow the user to gain an immediate level of energy feedback the moment they plug in an appliance. The product uses a colour-coding approach with a yellow, amber or red illumination for either a low, medium or high level of energy consumption:

The device was inspired by an IBM survey of 10,000 people across 15 countries which found that in excess of 30% of those surveyed where not familiar with the concept of a cost per unit of electricity (p/kWh). This worrying lack of energy understanding was further demonstrated by a YouGov poll in the UK, which identified that only 56% of bill-paying adults understand what their energy bills mean.

I prototyped two models of the device: one based on a standard twin socket faceplate and another with it’s own 3-pin plugs and a rack and pinion system to allow it to be adjusted to fit any twin socket. During testing in a range of domestic properties the devices stimulated a 4% reduction in annual household electricity consumption, through improved energy understanding.

My Watt Clock device was built as a further development of this concept.